Of dyes and drugs: Giving colour to the world of pharmaceutics

This issue of “side note” deals with colors in the pharmaceutical industry. 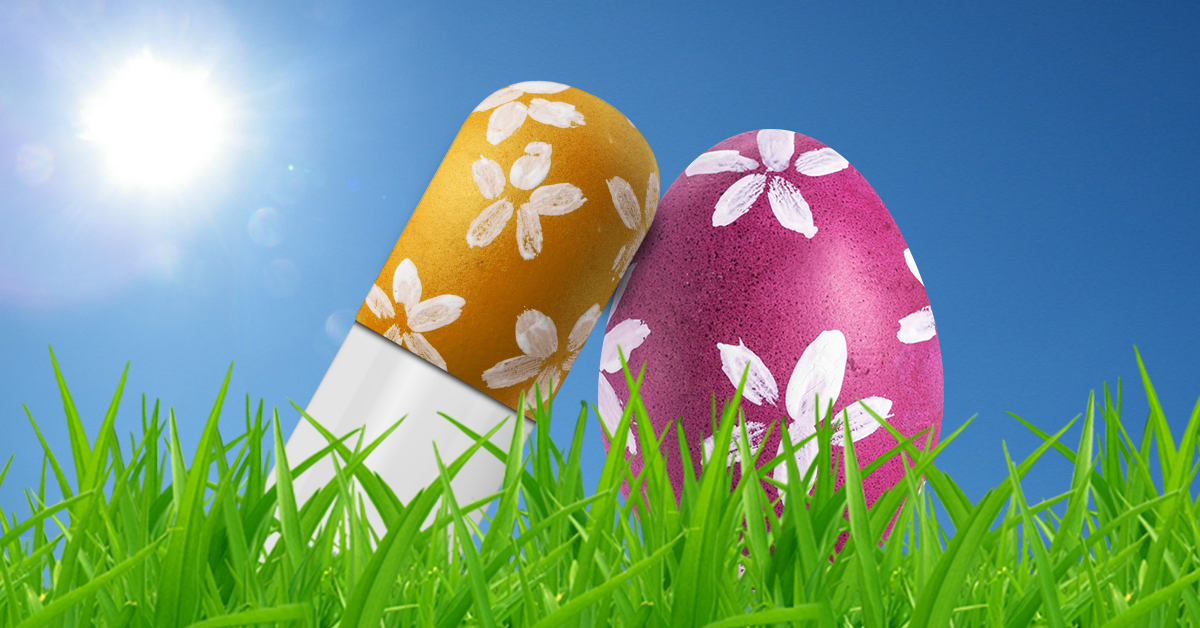 Easter is almost there, and so are cherished traditions coming with it. In Germany, since the Middle Ages colourful eggs are a typical Easter symbol. The historical background is not fully known, one possible explanation is based on the strict religious codes of conduct for the frugal Lent period before Easter, with eggs among the many things not to be consumed. In order to preserve the eggs laid during that time they were boiled, and - as all eggs practically look the same - coloured to distinguish them from the raw ones [1].

This "GMP-compliant" process organization of our ancestors is reminiscent of the daily operations in modern pharmaceutical production, where different products or dosing amounts are colored with select excipients in order to increase drug safety and also patient compliance. In particular the peroral dosage forms that predominate in terms of quantity, such as tablets, pellets, capsules and syrups or drops, are individualized using colors, whereby the coloring can also have a protective function. A classic example of this application is the light protection for the light-sensitive active ingredient nifedipine by adding a colorant with a similar absorption spectrum [2]. After all, according to the findings of color psychology [3], different colors are assigned to certain indications (for example tranquillizers light blue, cardiovascular preparations red) in order to meet patients' expectations and possibly even to increase efficacy.

Color agents or appropriately colored placebo formulations can also be used as model substances to test the effectiveness and quality of cleaning procedures (cleaning validation). The implementation and analytical evaluation of such tests are, for example, a component in the portfolio of Harro Höfliger's Pharma Service division.

But the GMP idea is not the only link between Easter egg colors and pharmaceuticals. Just as colors are used in animated nature as an attraction, for differentiation or as a warning signal, humans have always used colorants to design their environment. For this purpose - as for example in cave painting - inorganic pigments like ocher, cinnabar or malachite were used, but also natural organic substances from plants (e.g. woad or indigo, madder) and from animals (e.g. purple snail, cochineal louse), the latter mainly for dyeing textiles. Since the color agents were only available in very limited quantities, they were precious and only available to the elites in society.

This changed very quickly in the course of industrialization in the middle of the 19th century, when more and more coal gas was used as an energy source for industry and for lighting in the cities. In manufacturing gas by coking hard coal, besides coke, large quantities of coal tar "waste" by-product was also created, from which, however, numerous organic compounds such as aniline could subsequently be isolated. In 1856, the young chemist William Perkins finally succeeded in producing the synthetic purple-violet dye "mauvein" from this, and the rapid development of the tar dye industry began. When dealing with this topic, one quickly finds out that many large pharmaceutical companies - especially in Germany and Switzerland - have their roots in the dye industry: For example, the companies Bayer (formerly Farbwerke* Bayer), Sanofi-Aventis Deutschland (formerly Farbwerke Hoechst), BASF (Badische Anilin- und Sodafabrik), Ciba and Geigy started producing synthetic colourants about 160 years ago.

The transition from dyestuff chemistry to pharmaceutical chemistry was significantly advanced when Gerhard Domagk discovered the drug class of sulfonamides: In search of substances to combat bacterial infections in humans, his team had also experimented with azo dyes in the 1930s, which were widely used at the time. Although they were largely ineffective against streptococci in invitro tests, they had a surprisingly antibacterial effect in mice and were also well tolerated. Soon one of the test substances could be examined in hospital and was launched under the name Prontosil® (Bayer) a few months after the sensational results were published. The era of chemotherapy with sulfonamides had begun 7 years before penicillin was first tested in a clinical trial.

Today it is known that the azo dyes used as "pro-drug" in the organism first have to be converted into the actually effective sulfanilamides and are ineffective themselves. Azo compounds are also used as food and pharmaceutical colorants, but their use is now controversial. Only a limited number of dyes are still permitted and require a warning on the packaging. This also applies, of course, to colored Easter eggs that businesses bring to the market.

In recent years, therefore, inorganic pigments, above all iron oxides and titanium dioxide, have increasingly been used again in the pharmaceutical industry to dye film tablets and hard capsules. Due to the lower brilliance and color intensity, these products are often rather pastel-colored. But even the use of these pigments is not without problems: The use of (nanoscale) titanium dioxide, which is contained in all opaque hard capsules at about 2%, for example, is currently the subject of controversial discussion and is even to be banned in France [4].

Moreover, inorganic pigments and thus also the surfaces of the dosage forms colored with them are always abrasive, which is noticeable, for example, on the format parts of capsule filling machines after prolonged use. The service team of Harro Höfliger's capsule specialists is happy to support customers in the evaluation and functional testing of the machines to ensure perfect and trouble-free machine operation.