In vino sanitas – wine and its talents

Wine in moderation is said to have a health-promoting effect - it has been used medicinally for thousands of years. 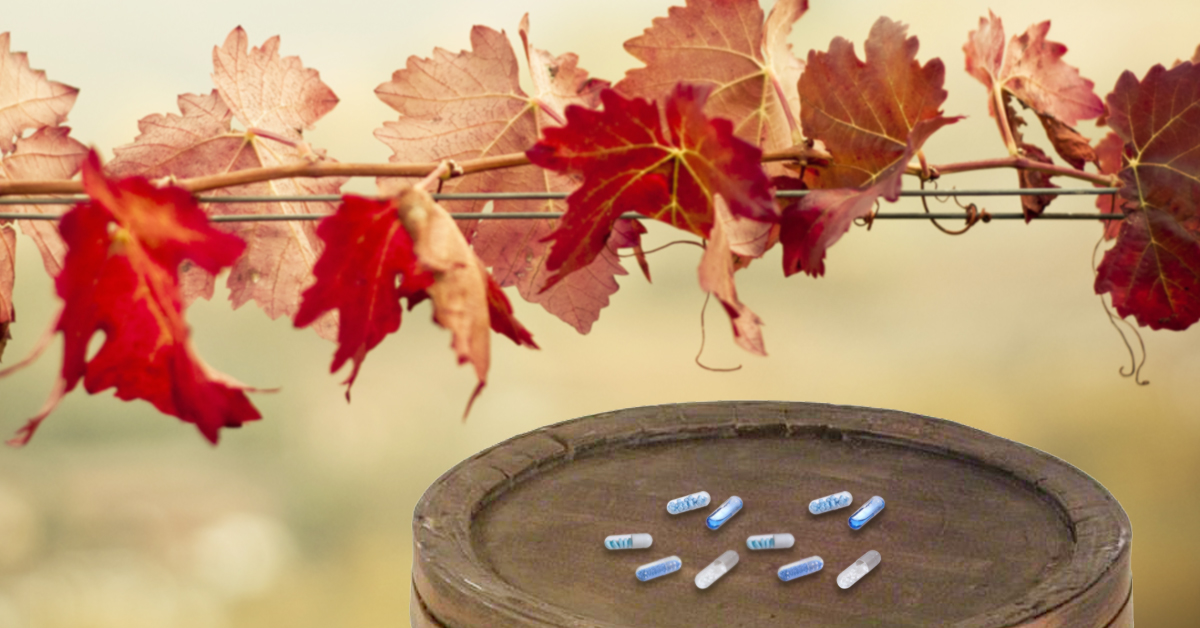 At the end of a dry summer the grape harvest in Germany is in full swing. Following an extremely early grape harvest, 2018 had already delivered an excellent vintage in Central Europe, and this year the winemakers expect a fairly good quality again.

Now, a beverage matures in the cellars, which in earlier times was also frequently used as medicine: According to the inscription on a 4,200 year-old clay tablet – there were Sumerian physicians who prescribed wine-based concoctions even back then. The ancient Egyptians, the Greeks (Hippocrates), the Romans (Galenus) and later Hildegard von Bingen used wine to treat various diseases and wounds. In the 18th and 19th centuries, the prescription of wine ("oenotherapy") was very common in Germany [1], and the cost of the prescribed wine cures was even reimbursed by health insurance companies – which is unthinkable today!

In the following years, however, wine was banned from the pharmacy, even if, according to the Roman author Columella, the term "Apotheca" describes the place where the wine was stored [2]. In the 1990s, a young pharmacist in Würzburg Germany tried to sell wine in a Bocksbeutel wine bottle as a dietary food to customers / patients in his pharmacy according to the old wisdom "Franconian wine is wine for the sick", but the Bavarian Administrative Court ultimately put an end to this [3].

At about the same time, epidemiological studies discussed the "French paradox" according to which polyphenols contained in red wine, such as resveratrol, have antioxidant and cardioprotective properties and thus compensate for the negative effects of a high-fat diet. Unfortunately, the initial euphoria of red wine lovers was profoundly dampened when it turned out that one of the most diligent researchers had glossed over his results [4]. In the meantime, numerous other studies were published with quite contradictory results.

Those who want to enjoy the health-promoting active substances from the grape vine without alcohol, can turn to­ hard capsules with red wine extract or preparations from red vine leaves. Regardless of the actual onset of the postulated effects, these dosage forms are sophisticated. For the filling of capsules with various herbal preparations, flexible machine platforms such as the Modu C-family from Harro Höfliger, are extremely helpful. Depending on the product to be filled, different dosing systems can be used for reproducible production results. So that you can enjoy a good glass of red wine when the day is done and production complete.